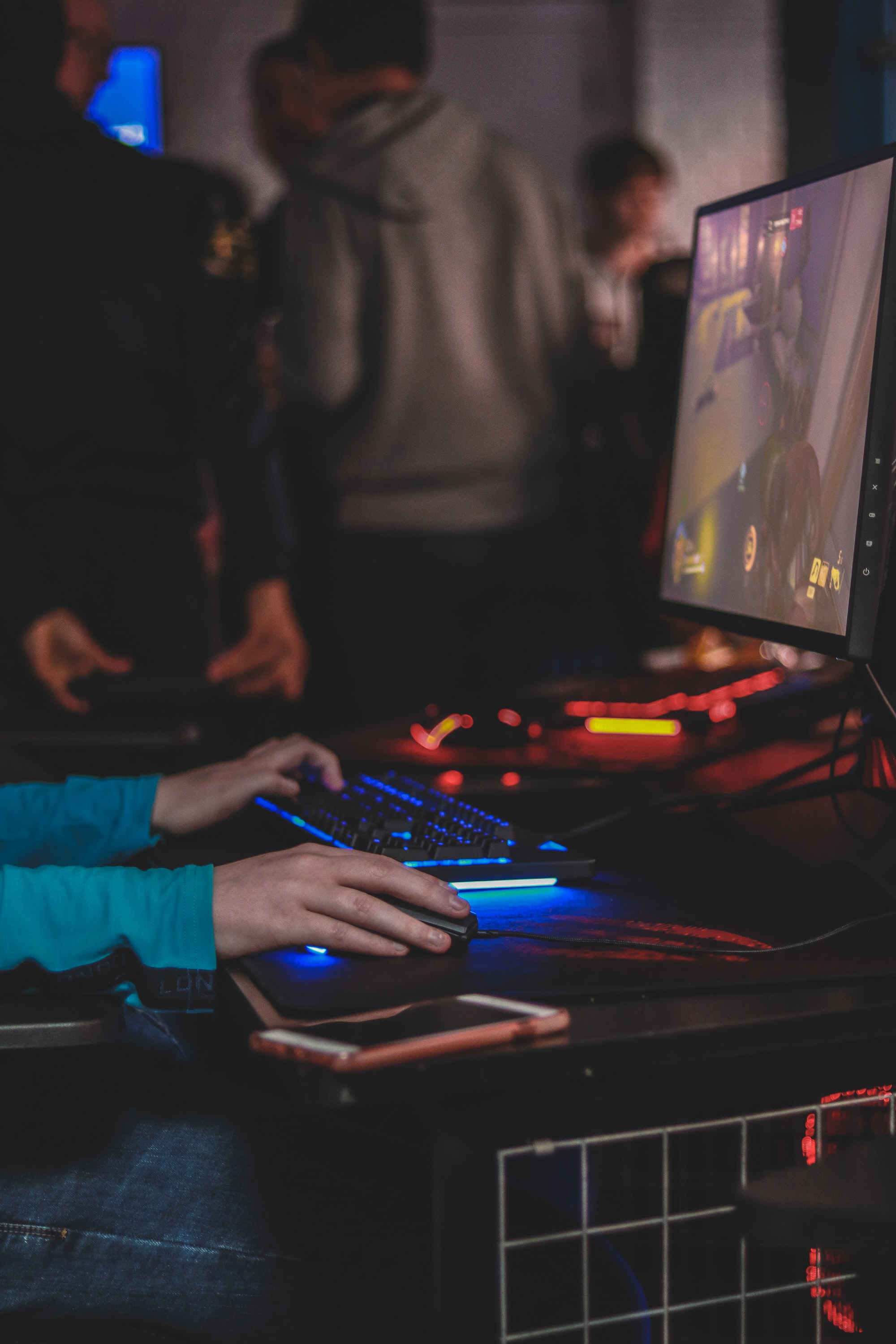 "I chose to be a gamer because nothing epic ever happens in real life."‌‌

No one can understand this better than the Gamers themselves. So, we invited two such guests on the eighth episode of Tournatalks, an Instagram Live Conversational Show hosted by Tournafest every Sunday. We invite Gamers, Organizers & more such eminent people from the Gaming industry to spread awareness on various issues related to Gaming, Esports and also to gain some valuable points of wisdom from the hustlers!‌‌

In the eighth episode of Tournatalks, we invited Mr Kunal and Mr Nemil from two budding Gaming clubs called Quantumz Esports and Gama Esports. It was an insightful, fun and informative session. The session was hosted by Ambika from Team Tournafest.‌‌

Introduce yourself and your clubs in detail.‌‌

"My name is Nemil Sanghi. I'm representing Quantumz Esports. Our club was established on 19 December 2021. We were just a bunch of few friends who wanted to do something for the betterment of the Indian Gaming community. We joined discord and started organising tournaments for the underdogs. That's how our journey started." Said Nemil from Quantumz Esports.‌‌

"My name is Kunal and I'm here representing Gama Esports, a gaming club which was established in August 2021. We've seen that there are many inconveniences for the players in the Esports community. So, we're working as a club to tackle those problems", Kunal introduced himself and his club.‌‌

It is often said in India that gaming is a waste of time. What do you think?‌‌

"I don't think gaming is a waste of time. It's important to refresh yourself and gaming helps you to make new friends and it is sometimes important for your mental health too, as a change," said Nemil.‌‌

We all know about the popular games that help us in earning money. What other games are in the market that we aren't aware of? ‌‌

"There are many games in the market to explore apart from BGMI, COD and FreeFire. For example, Warzone is coming to mobile, Valorant PC and mobile both are available for both monetary and fun purposes. There are many other games to explore on PC too, such as stumble games." Nemil and Kunal both agreed.‌‌

What games can you play for monetary purposes?‌‌

"First and foremost, it's BGMI that's the most popular game currently. Other than that, COD and FreeFire can also be included in the list. Valorant is also becoming famous these days. There are so many tournaments and games going on these days where players can participate and earn a good amount of money." as per Nemil.‌‌

"In my opinion, it totally depends on the audience, prize pools and the number of people watching it. The more an audience is watching a game, the more the organisers tend to organise matches there," said Kunal.‌‌

What is the procedure to enter into the earning line of gaming?‌‌

"If we talk about BGMI, players can start playing underdog tournaments or can start with regular scrims and once they get a hang of it, they can go and play big tournaments too. We're also one of the third party organisers that organise multiple tournaments for BGMI," said Kunal.‌‌

"Firstly the player should start practising and building a team if it's a team game. He should practice scrims with his team. They can then go ahead with tournaments and can get sponsors for themselves if they become good at the game." explained Nemil‌‌

What are your views on streaming in India and does it actually prove to be beneficial for gamers?‌‌

"For streaming, there are a lot of platforms available where players can stream and earn. But currently, it's not that viable an option. It couldn't be a sole way to earn money, it could be a part-time thing." said Nemil‌‌

"In my opinion, streaming is stable and can be a good career for players. If they enter into the Esports world and become famous then streaming is a great option to earn money." contradicted Kunal.‌‌

How to enter into the competitive world of YouTube streaming?‌‌

"There are two ways, first is Esports. Once you become famous, you can start your own YT channel and earn from there. The second option comes when you've some already innate talent, then you can directly go for streaming," Kunal explained.‌‌

Do you've anything for the gamers who are feeling demotivated because they are not earning or not earning well?‌‌

"If you're passionate about gaming, then you can continue with your gaming and take out some time for it. Do not leave your original work or job only for Gaming unless you're too passionate about it," said Kunal.‌‌

"I would like to give my own example here. I've been through some mental health issues such as depression and anxiety. During this time, people called me a fake person, an "attention-seeker". Thankfully, I'm over all that. Thanks to my psychiatrist and their medications. I would like to tell the gamers in this case that people might call you a "noob" or "not-a-good-player". But if you really want to do it, do not listen to anyone else. Focus on what you're doing and you'll do wonders!" introspected Nemil.‌‌

Do you think that not doing very well in the gaming industry can impact a player's health, mentally too?‌‌

"Yes, definitely. If you're expecting too much from yourself and you're not reaching that target. You're bound to become anxious and mentally sad sometimes. So, don't take too much pressure. Do what your body allows you to do," Nemil explained.‌‌

How do you think gaming and Esports are changing the lives of people in our country?‌‌

"Gaming and Esports is obviously changing people because it has reached a completely new level in the past few years. Before 2019, people didn't know much about gaming at that time. The boost in technology has taken gaming to a whole new level. More and more players are coming up and more and more tournaments are being organised. It is easy to earn through gaming these days," said Nemil.‌‌

How has your experience been with Tournafest?‌‌

"Experience with Tournafest has been great. We've got a good lobby to manage. There's a wonderful UI to upload matches and their results. The management team and everything is wonderful." Commented Nemil‌‌

"It's really easy to manage all the things on the app. The team is really helpful and we've had a great experience till now," said Kunal.‌‌

That's all for Tournafest's eighth Tournatalks episode. Our guests were really great and answered all the questions our audience needed to know. If you want to watch the whole session, head to Tournafest's Instagram page.

If you enjoy playing video games, you might want to download the Tournafest app from Google Play or the App Store to compete in Esports Tournaments and Scrims for games such as BGMI, Free Fire MAX, and Call of Duty and win exciting prizes! You may also organize tournaments and fetch unmatched perks.‌‌

Stay tuned for more and we will see you later!‌‌‌‌